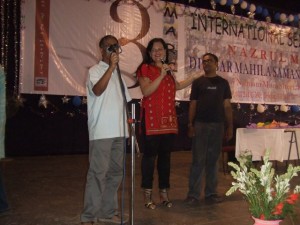 Seranna and I did something that India had never seen before. On the last day of the conference we did a condom usage demonstration in front of at least 6000-7000 people. We gave training to sex workers about how to keep themselves safe from sexually transmitted diseases and how to make money. After interviewing sex workers we realized that they did not know much about any STDs other than HIV. So I asked Seranna to talk about STDs in her presentation. We knew that she would be performing on the last day of the conference so we thought that it would be good opportunity for us to spread the message to a huge number of people at the same time. 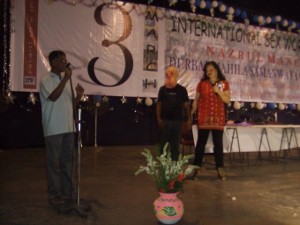 I (look at the mask) and Seranna

Seranna was sad to see how poor Indian sex workers are. She said that western sex workers make a lot of money. She charges $300 per hour which is like two-three months salary of an Indian sex worker. She wanted to talk about how sex workers can make more money from their clients. I know that it will long time for Indian sex workers to reach on that standard but I think it was a good thing to at least tell them about it. On the last day of conference there were about 6000-7000 people, most of them were sex workers. 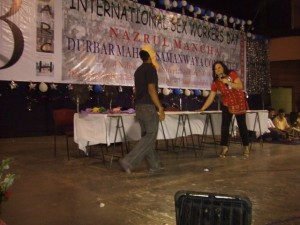 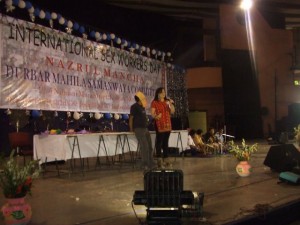 I asked Seranna to ask the organizer of the conference about using sex toys and the organizer said- go for it. But I was still concerned about showing them to people. So I also went to the organizer and talked to him about it and again his answer was same. Seranna and I talked to each other about what we will talk about and decided that this presentation should not be a boring conversation kind of thing. We decided to put some comedy in it, as Seranna always does. Now it was our turn to do the presentation but the problem was that audience was Bengali so we needed someone to translate our words from English to Bengali. 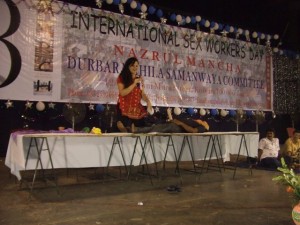 We asked the organizer about it and they provided us a Bengali-English translator. I played the role of a doggy customer who did not want to pay upfront and did not want to use condoms and Seranna played the role of a very smart sex worker. I was wearing a mask which was symbol of a doggy customer. This mask was in shape of a penis and balls. We started the presentation with Seranna asking for money up front but I did not want to pay the money first. I asked her to provide the services first but she always wanted money first. So we argued over this matter. I always say that I would pay money after services and Seranna would always say that she was selling her skills so she wanted money upfrontand finally Seranna refused to provide services. 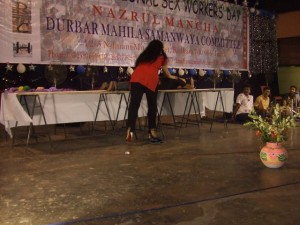 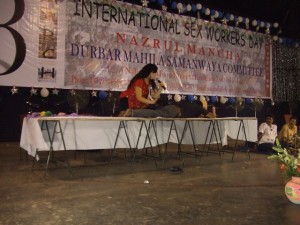 Asking me if I felt good

After this she tells me to use the condoms but again I played the role of a doggy customer and I did not want to use one. I told her that I was married and she also looked safe and that is why I did not want to use condoms. But Seranna says that diseases are not written on the face. Then we talk about HIV/AIDS and other STDs and finally I agree to use the condoms. Then Seranna tells me to lay down on my belly on the bench and gave message and did a boob slide. By this we wanted to educate sex workers about how they can pass more time with their clients and how they can make them happy so that they make more money, and get even a tip. 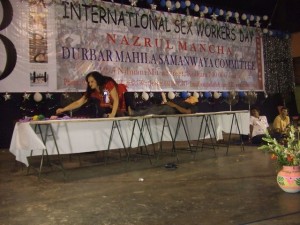 Picking the condoms up 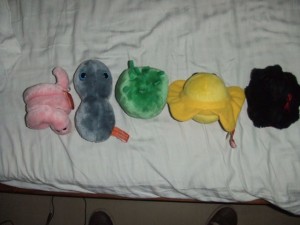 And then she acted like we were having sex and she would ask me if I was enjoying it. This was also one very important part of this training to tell sex workers to keep talking to their clients about how they feel while having sex. This way the men become more erected and cum early (I believe in the idea of working smart, not hard). So good for sex workers. By this time our time and bench’s life was finished. It broke and we fell down on the ground and this dead silence amongst the audience turned into loud noise of laughing and clapping. I loved it. 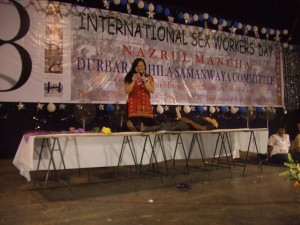 At last I give her a tip for her awesome services. I believe that this kind of sex services can change the lives of Indian sex workers. I am sure that Indian men would love to have that kind of services but I don’t understand why our sex workers do not do such things. I hope this presentation helps them to make more money and change their lives. Right after this presentation we were covered by the media, social workers , sex workers and other general people. All these people wanted to talk to us. They wanted to interview us. It was so fun doing it. Maybe we will also do the same thing in the US in the coming June.

Today it was the inauguration of the conference. We reached there around 9 o’clock. The conference inauguration was heldin a very bighall.I think there were almost a thousand people present there and most of them were sex workers from different parts of India and abroad. I had never seenthat big number of sexworkers at one place. There were lots of Hijras as well.There werepeople from Bangladesh, Cambodia, Australia, Hong Kong, US and UK. Butmost of them were from India and Bangladesh.Mayer ofKolkata city, some religious leader and a lot ofother VIPs were also there as chief guest.

I metDr. Jana who is member of the advisory board to Government of India for HIV and AIDS programs in India. He was founder of the Sonaganchi project whichhas been really a huge success and now hasbecome a model for the whole world. They have separated the programs in two session each day, 3 hours each session.The second session wasthe panel discussion aboutsex workers are entertainmentworkers. Different people put their thoughts but to be honest I did not understand most part of it because the whole conversation was in Bengali. But I understood about half of it, it was Okay.

It was very interesting to see how sex workers were putting their views and sharing their experience. Most of them were talking about the problems they face created by Police and discrimination in the society. A lot of them were saying that their children can not get admission in the schools only because they are children of the sex workers. They can not open a bank account or even buy a insurance because they don’t have anyresidential proof.It means they might not be able to use Internet either because now it is necessaryfor everyone to show their identity cardat the cybercafe.

During the conference few people from media came who wanted to interview Seranna about the documentary we are making. She was interviewed first and then they interviewed me also. They wanted to talkme aboutSanjeevani Booti. After my interview they talkedto other foreigners, Hijras and sex workers. I also want to inteviewfew sex workers cause it seemssomething different thanwhat I have already known about them. There are a lot of things that I need to know and this is a good opportunity forme. I will try to interview them tomorrow.